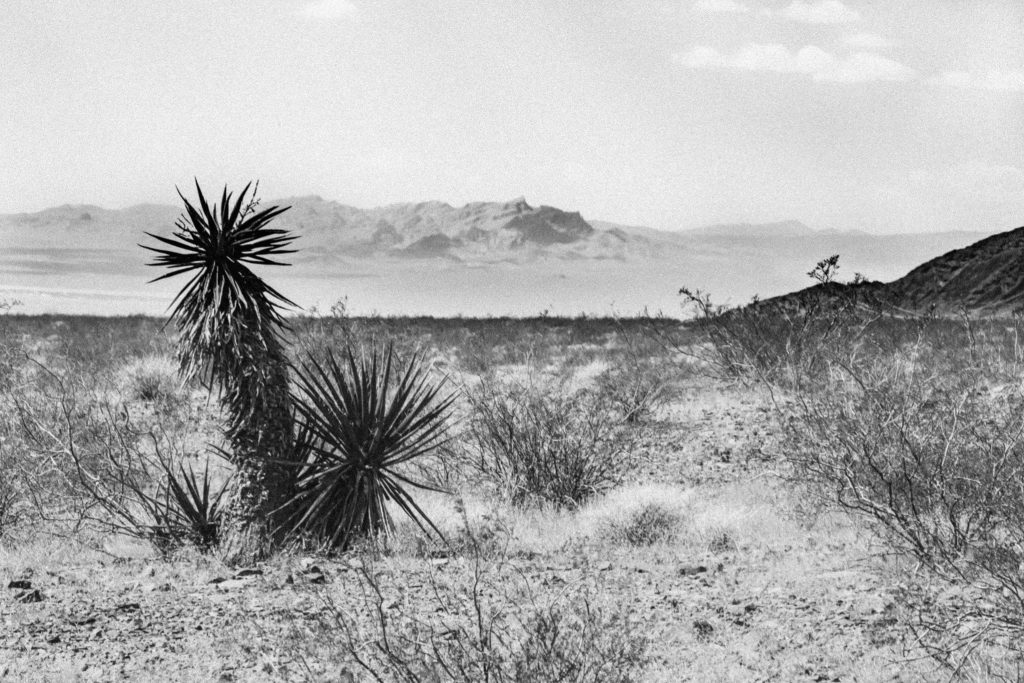 On a map and as a matter of fame, no one thinks of this place as something spectacular, but Dutchman Pass has some nice views. Viewsheds are not as important as the ecological value of an area, but they are still noteworthy.

Dutchman Pass, as named on the USGS maps, is just to the east of the Sloan Canyon National Conservation Area. It has a cross section of transmission lines going through it, that would have been behind and hidden to the right of me in this shot. Down in the Eldorado Valley below is a dry lake bed and large-scale solar development, which you barely make out in the left portion of this image.

Even with a few obstructions, there are great views and certainly a high ecological value to this otherwise untouched landscape. At the higher elevation of the pass we see a number of Yucca plants doing well. There aren’t many invasive plants, and I saw evidence of animal dens, bats and plenty of birds.

Dutchman Pass is very near where I live in Mission Hills in south Henderson. It got on my radar after learning this section of land was included in the Clark County Lands Bill, also known as the Southern Nevada Economic Development and Conservation Act (SNEDCA). That means this public lands will be put into private hands as some future date if this legislation passes.